Water lettuce is most commonly considered a pond plant, but it can be a nice addition to your aquarium as well and is known as an all around hardy plant and relatively hard to kill. We will be referring only to dwarf water lettuce in this blog, which is a much smaller version of normal water lettuce; maxing out only a little larger than a half dollar. While its larger version can get up to 6″ wide, with roots being 20″ long. Water lettuce belongs to the family Arums, it is unknown what area in the world it originated from, but has been found in fossils.

Water Lettuce can grow in a very large variety or water qualities, where it floats on the surface and displays leaf rosettes. Water lettuce can reproduce at a very fast rate and grow a very thick with large complex root system. It pulls all the nutrients it needs from its hanging roots, making it a very good natural filter for your aquarium. It can handle temperatures from 60 – 95°, but it thrives between 70-85° – which is perfect for any tropical or cold aquarium. Water lettuce is even better plant for your pond, where it can thrive in full sunlight over artificial, but it can still thrive well in low light aquariums. However, if its not provided with enough light, the leaves will begin to turn yellow and begin to fall off. If the rosette once contained full lusheous roots and they’re now falling off you may not be providing it with enough light. That being, said it can be a light hog depending on the environment. You will most likely be required to thin it out every once in a while so your other plants can receive light as well.

There is not much to propagation, considering the plant does all the work. When given proper light It multiples extremely fast, and it propagates by putting off multiple runners with babies on the end. In turn each baby then quickly puts off its own runners. You can see how this would cause the plant to spread quickly.

Water lettuce can be used to a great advantage in your aquarium and for its inhabitants. Due to how it obtains nutrients from the water column, it can help battle rises in nitrates. It’s roots also create a nice hideaway for young, or a resting place for surface dwellers such as bettas. It’s roots may even provide foods for some fish. Goldfish like to snack on the roots and shrimp like them as well. It’s not just a useful plant but it even looks nice. It can be used in aquascapes to fill in gaps at the surface, or help complete a jungle tank.

Being as it spreads so quickly, it is found on every continent except Antarctica. It is considered an invasive species, and illegal to buy some genus in various states because water ways and natural habitats are being over run with it. You can never release your over grown plants into the wild where they don’t belong. If you need to thin your plants, you can give some to other fish keepers. But, if you are wanting to throw them away, bag them up like other garbage for trash day. Never release them into creeks, lakes or any other wild bodies of water. 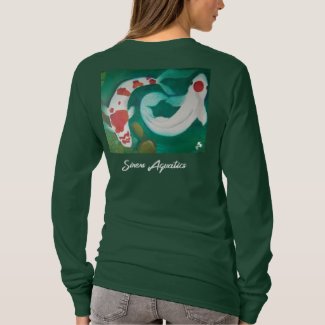